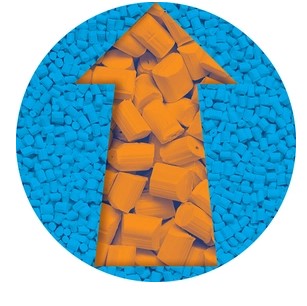 After an extended battle, North American polyethylene resin makers were able to raise May prices by an average of 3 cents per pound.

PE prices had been flat in April as buyers held off a 6-cent hike that producers were pushing hard for. The 3-cent May hike was half of the April attempt. Prices were up 4 cents in March after being flat for two consecutive months to start 2022.

Regional PE makers "got [the 3-cent increase] through sheer force of will," a resin distribution executive on the U.S. East Coast told Plastics News. "There's no reason for it right now."

"We might get that 3 cents back in June," the executive added. "There's plenty of [PE] material available and we're seeing a slowdown in consumer spending."

A resin buyer in the U.S. Midwest, agreed, telling PN that the 3-cent May increase "was completely unwarranted."

"We're seeing some [sales] activity, but demand also is down in some places," the buyer said. "Customers don't want extra inventory."

PE makers now are working on increases of 3 cents for June and 5 cents for July. Regional PE supplies will be impacted this year by the startup of Shell Chemical's massive 3 billion pound capacity PE unit in Monaca, Pa.

Shell recently told PN that its complex there is 95 percent completed. Market watchers said the site could be shipping commercial amounts of PE as soon as July.