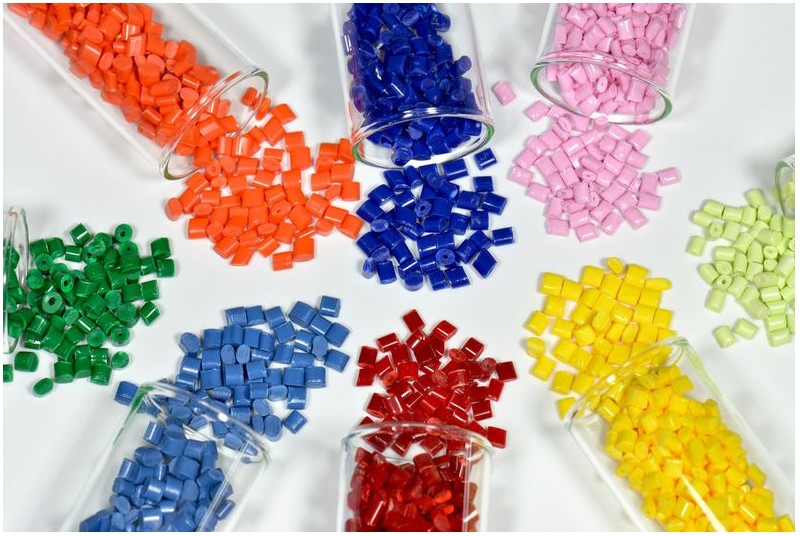 North American prices for PET bottle resin, polycarbonate and nylon were all up in April, the result of strong demand, supply chain issues and operating issues at some plants.

Polyethylene prices, meanwhile, were flat, but only after extended negotiations between buyers and sellers.

PET prices moved up an average of 2 cents in April, a result of strong seasonal demand. Prices already had been up 27 cents in the first three months of the year. The April hike also was affected by supply tightness and freight and logistics challenges.

Future North American supplies could be improved by the completion of a major but much-delayed PET resin and feedstocks unit in Corpus Christi, Texas. Materials maker Alpek SAB de CV of Mexico City commented on the project on an April 26 earnings call, saying that a decision on the project will be made in the next month.

Alpek co-owns the site, along with Indorama Ventures of Thailand and Far Eastern New Century of Taiwan, through a joint venture named Corpus Christi Polymers. Each of the firms in the JV also owns existing North American PET production, including Alpek's DAK Americas unit. The JV acquired the Corpus Christi site for $1.1 billion in 2018.

When completed, the site is expected to be the largest single-line vertically integrated site making PET resin and PTA feedstock in the world and the largest PTA plant in the Americas. The site's annual PET production capacity will be 2.4 billion pounds, while its PTA output will be almost 2.9 billion pounds.

Polyethylene prices were flat in April, as buyers held off a 6-cent hike that producers were pushing hard for. Prices for the material had been up 4 cents in March after being flat for two consecutive months and down 15 cents in the last three months of 2021.

Feedstock prices are up and demand is solid, but supply chain challenges have prevented North American PE makers from exporting as much PE as they want to.

The export market has taken on added importance for North American PE makers, as much of the new capacity added in the last decade to make use of shale gas feedstock has been aimed at export markets.

PE makers now are working on increases of 6 cents for May. Some market watchers have said the May move might succeed where the April attempt had failed.

But a recent blog post from Houston-based consulting firm C-MACC indicated that PE makers might still have some work to do.

"Pushing the polyethylene increase out [from April to May] while feedstock costs remain persistently high suggests that [PE makers] are getting significant customer pushback, and this may reflect ample chain inventories," the post said.

"The run-up in polymer prices in the early part of the year was in part driven by supply chain concerns and worries over supply security, but with demand possibly plateauing, polymer buyers may feel some of the leverage moving back into their court."

Polycarbonate prices moved up 10 cents in April, with supplies remaining tight amid solid demand. Prices also were up 10 cents in March and are up a total of 29 cents so far in 2022.

Sabic's PC resin plant in Burkville, Ala. — which represents about 10 percent of North American capacity — is in the process of restarting after a maintenance turnaround. But hopes for improvement in PC supplies were dampened May 17 when Covestro announced force majeure sales limits for PC made at its plant in Baytown, Texas.

In an email to Plastics News, a spokesman for Pittsburgh-based Covestro said that an unexpected power and steam outage at the Baytown site in late March was followed by an equipment failure in early May while trying to restore operations after the outage.

Those incidents "have significantly impacted our ability to produce BPA [feedstock] and polycarbonate," the spokesman said. "Despite exhaustive efforts to resolve production issues since the outage, supply continues to be greatly impacted."

Prices for nylon 6 and 6/6 resins each were up 5 cents in April. Sources said that demand from the automotive market is improving, even as the materials continue to see some challenges from production and logistics. Prices for both materials had been up an average of 40 cents in 2021.